I’m sure multiple people have a faint memory of several months ago, when I asked a question about getting the best view of something obstructed by a construction fence. The point was to catch the view at the Cedar Point amusement park, where the Disaster Transport bobsled coaster (and its building) and the Space Spiral were being torn out to be replaced with the GateKeeper roller coaster. The point of interest was whether the small collection of buildings which made up the Transport Refreshments stand was being preserved through all the demolition, and as of September 2012, there wasn’t any way to say.

I was happily able to get to Cedar Point this week and can offer the photograph here to show that they did indeed preserve the area. It’s been repainted and retitled, but probably we should have realized the logic: if there was enough need for someplace to sell Cheese on a Stick when the immediately adjacent rides were among the older and less flashy attractions, they’d surely want Cheese on a Stick when a new marquee ride was right across the entrance. (Well, they might have torn down all the buildings and put up new ones, but, they didn’t.)

I admit there’s not really fresh mathematics content here, but maybe someone was curious about the follow-up. There should be a couple of other pictures past the page cut, here. 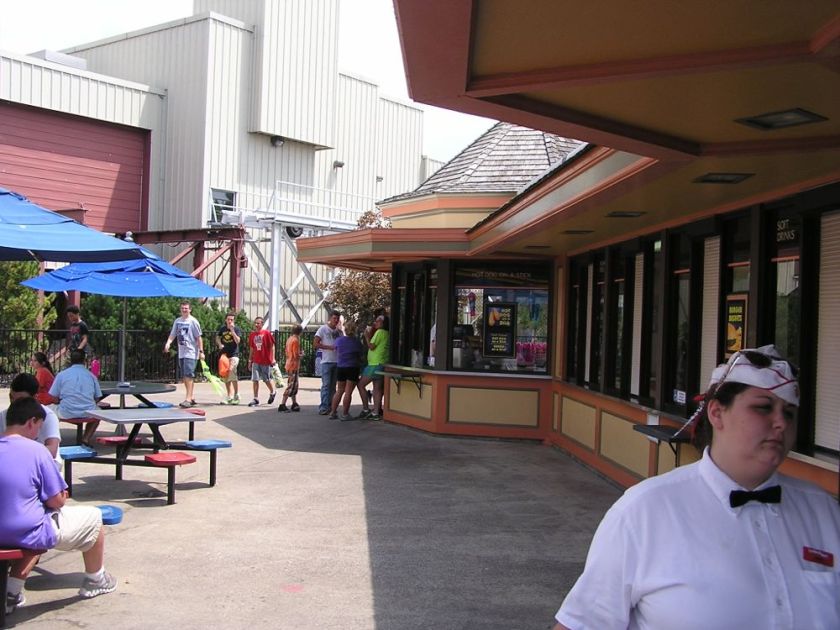 This second picture is of the same area when it was Transport Refreshments; if I’d thought about it at the time I might have tried matching the angles better. There were changes: the Salt Water Taffy booth has been changed into a Coca-Cola spot where you can use that fancy machine to mix up any of about 4,000 different flavor combinations, if you don’t go crazy standing behind someone who can’t understand a multi-level touch-screen menu for Coca-Cola options. There’s also (to the right of the frame) what had been a fudge shop, which has turned into frozen yoghurt stand, because everything’s turning into a frozen yoghurt stand. 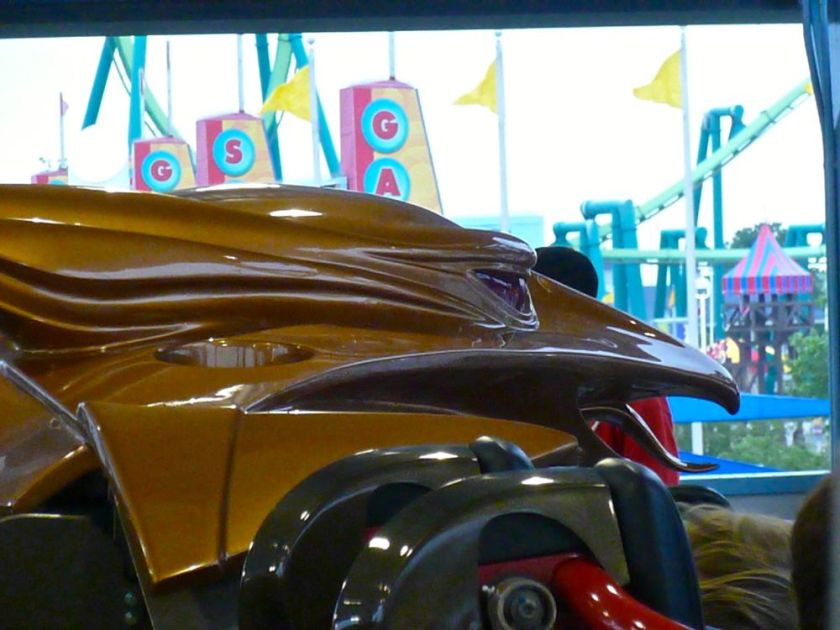 It’s probably hard not to find pictures of the GateKeeper roller coaster track, at least if you’re anywhere in the catchment basin for Cedar Point attendees, so my photograph of the figurehead mounted atop the ride should be a bit different. The ride has a griffin theme — it seems to have been drawn from an old griffin statue that used to sit in front of the Iron Dragon roller coaster, but which has been missing without explanation and which didn’t seem to be around GateKeeper even though its plush doll, bobblehead-figure, and shot-glas replicas were — and there’s the front of the ride for you.

If you haven’t seen pictures of the whole track, because you’re not in the area or you keep covering your eyes when you see advertisements for it, I’ve also got a night shot of the ride going over the front of the amusement park. The track loops around much of the front of Cedar Point, and passes through these keyholes high above the park’s entrance. This is a thrilling part of the ride; just as one learns from the Roller Coaster Tycoon simulators, making the roller coaster go near props increases the excitement level.

3 thoughts on “A Cedar Point Follow-Up”